Where did Spiritual Warfare Camp begin?

It really began out of a sense of failure and frustration for me as a youth pastor. By 1981, I was very discouraged with the ministry. I had been working as a volunteer with youth since 1975, and hired on full time in 1979.

Like everyone else, I had tried to go with the flow of what was happening in the youth work during that time. However, I became increasingly discouraged with what I saw: entertainment and ‘feel good” experiences seemed to be the predominant method for ministry to teens. We would go from conference to conference, and leave feeling that something was missing. It left very little lasting fruit.

This became such a struggle in my own heart that I questioned my call to the ministry. So much so, that in 1982, I asked the elders of my church to consider releasing me from youth work. I told them that if this is what a youth pastor is, then maybe I had missed my calling. I even appealed to the Lord for a release: ‘God, if this is what I’ve got to do to be a youth pastor, then maybe I’m not cut out for it.’ (I had deﬁnitely sensed the Lords calling upon my life shortly after I was saved in 1974, but I wasn’t willing to be a gloriﬁed baby-sitter for Christian teenagers.) I felt with all my heart that young people needed to be challenged, not coddled; they needed to be called to a higher standard as a disciple of Jesus Christ. More than a ‘feeI-good’ experience, they needed an encounter with the living God. The main driving desire for me was to help teenagers to avoid all that I had gone through before I ﬁnally met and surrendered my life to God. I knew they could know God and be used mightily by Him even as a teenager, without having to walk through the corruption of the world. My elders told me to hang in there, and they would be praying for me about my request. 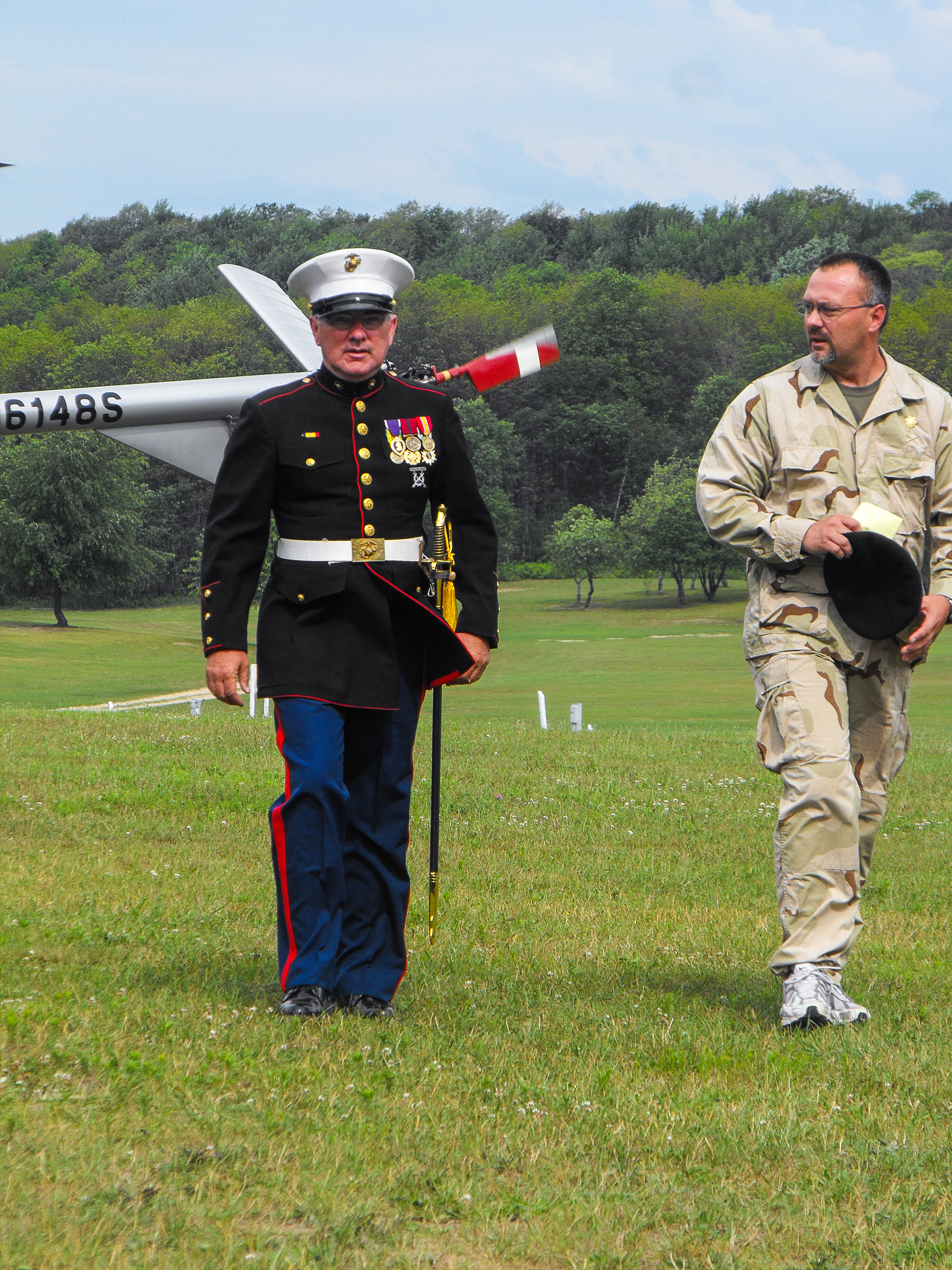 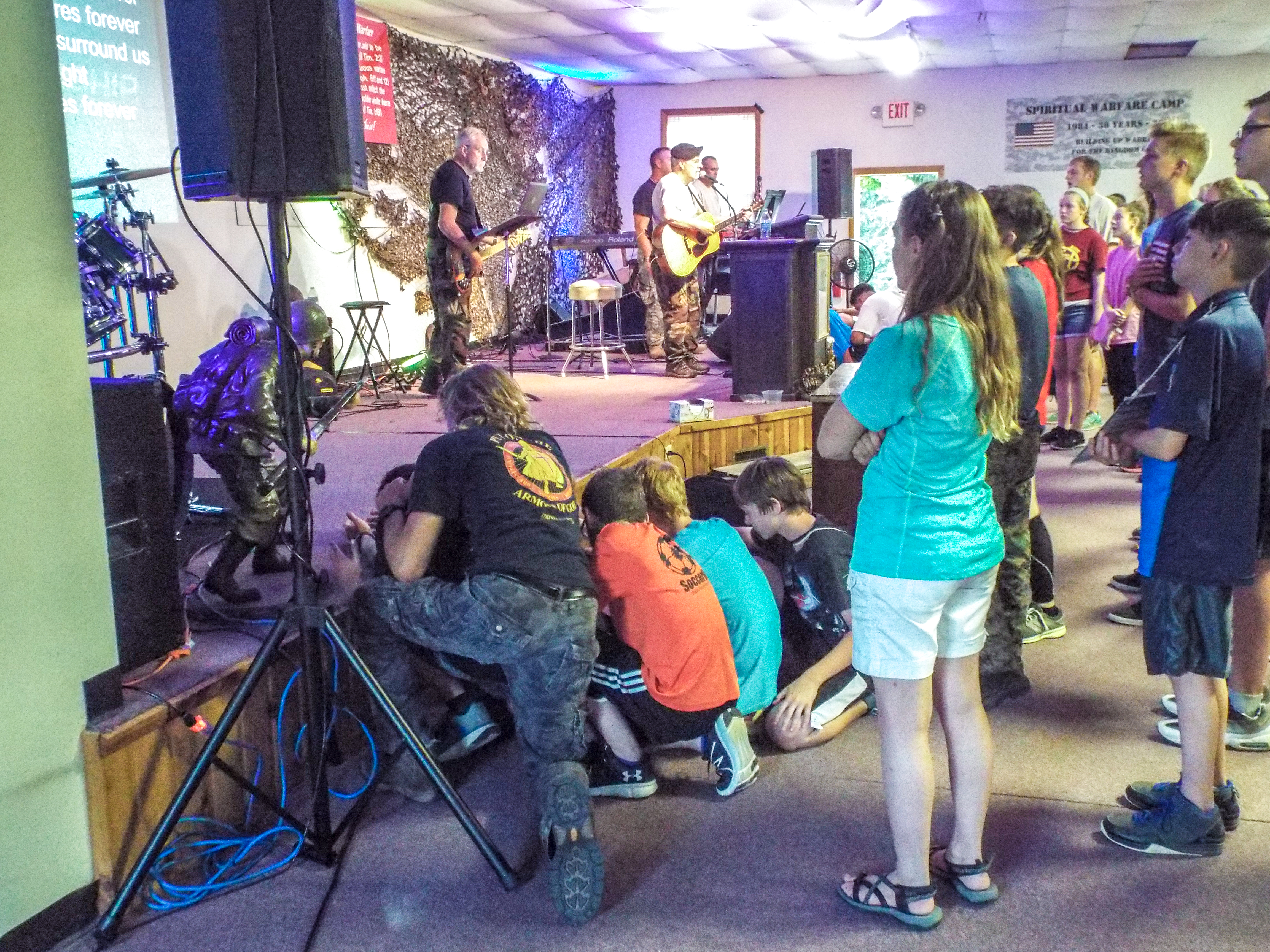 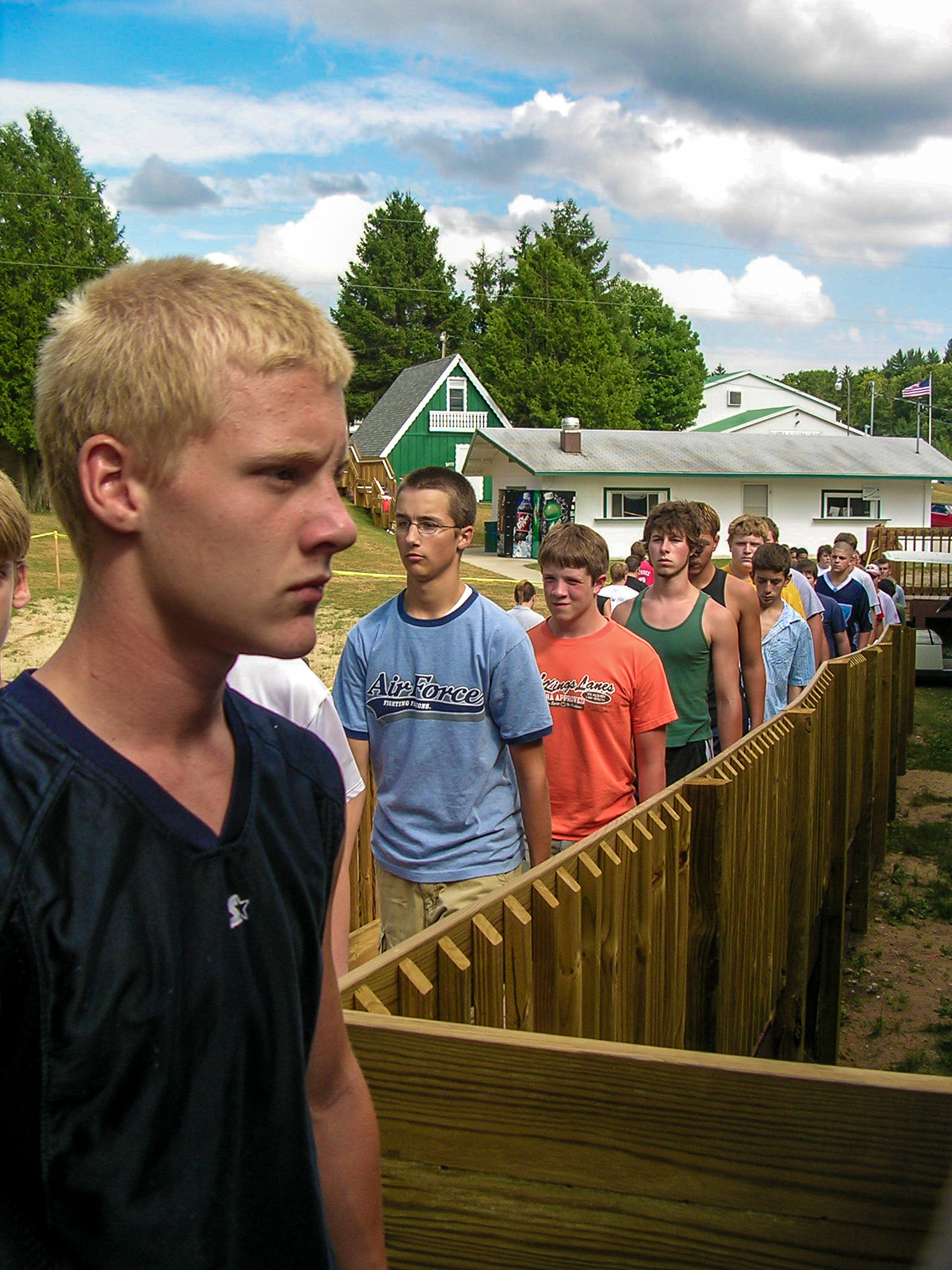 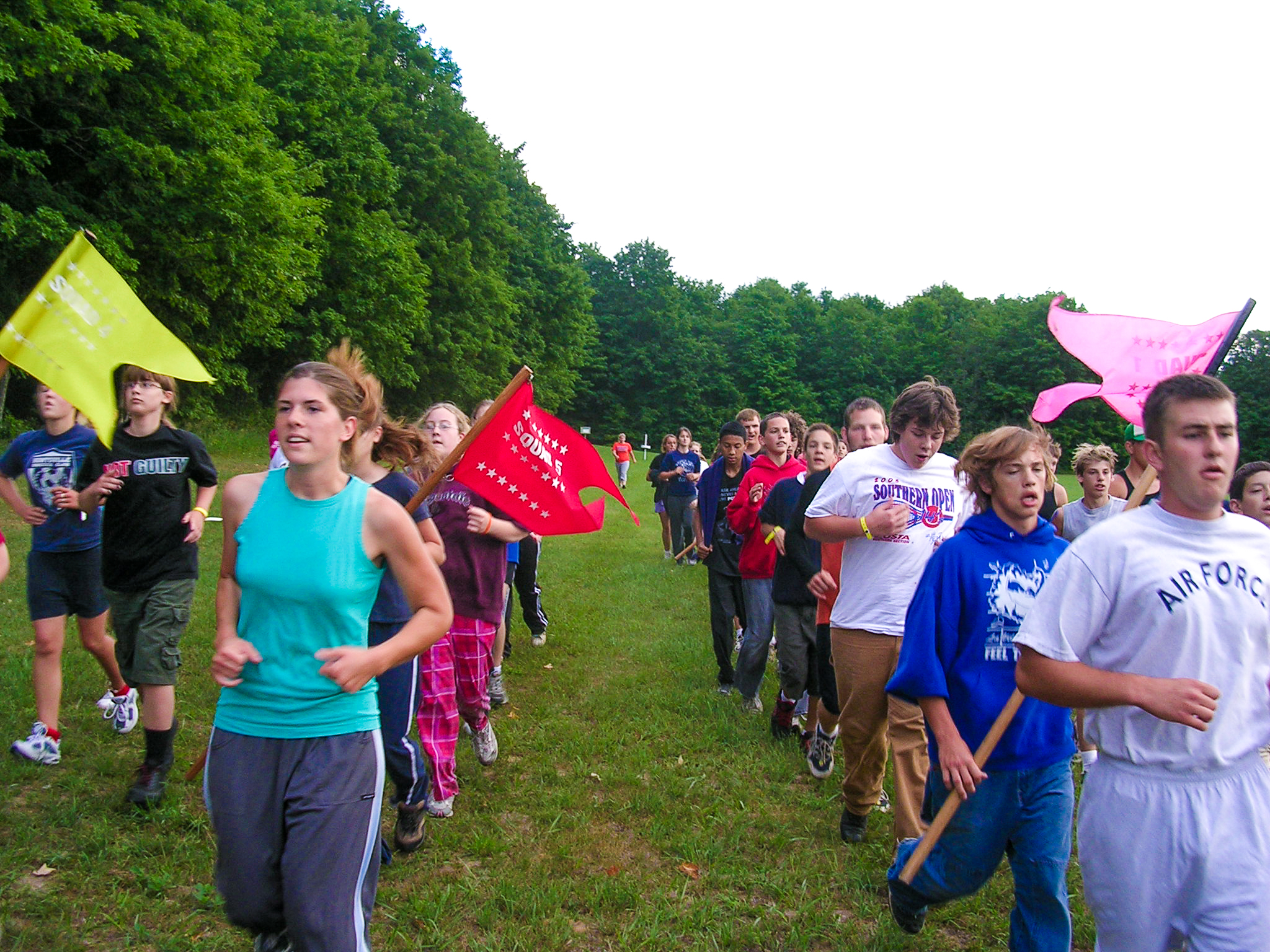 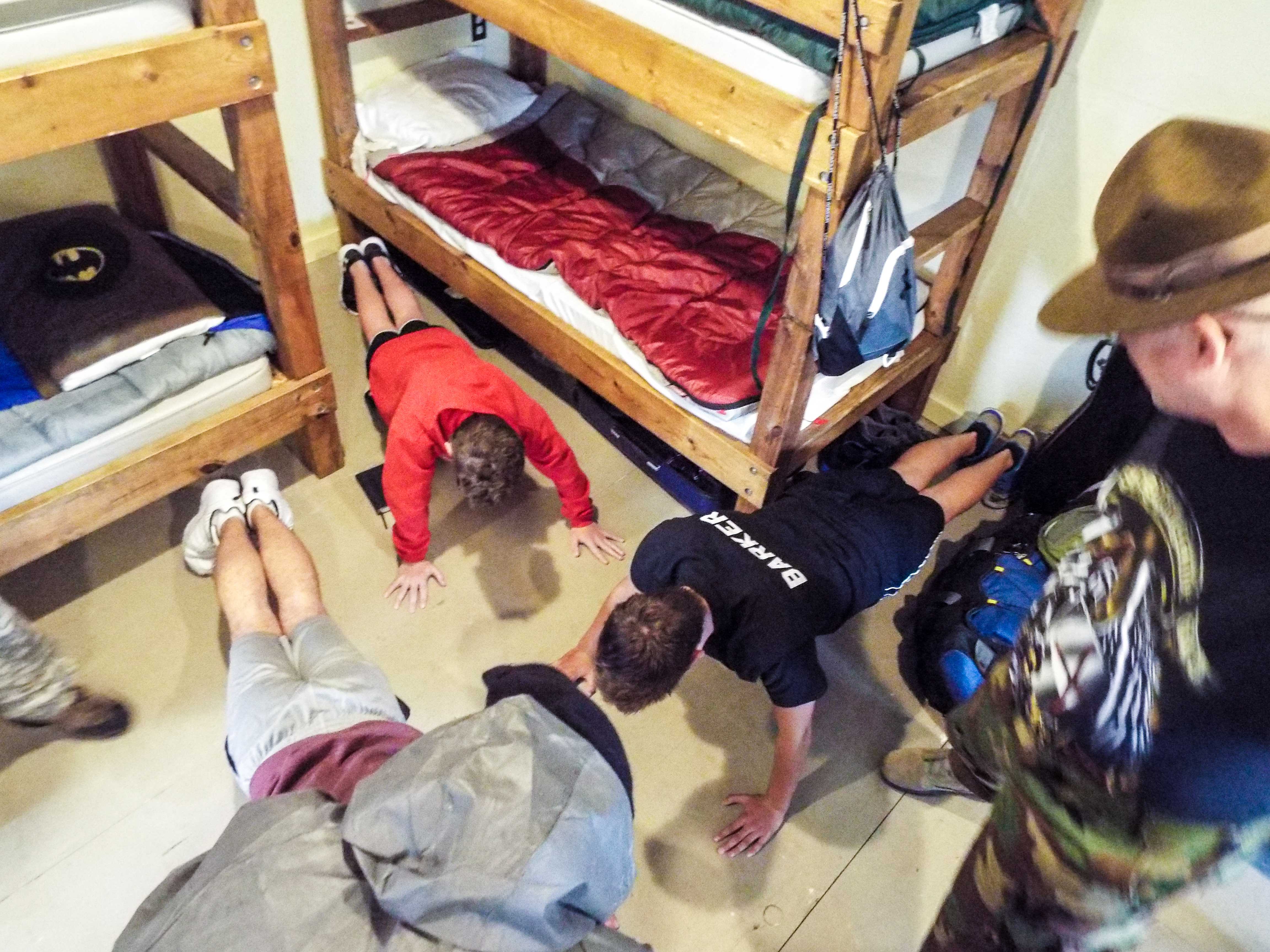 Shortly after that, God orchestrated several key events concerning what he was about to do in response to my desperate cry for help. I was invited by a youth pastor friend, Randy Pierce, to join him and his youth group for a canoe trip and to speak in the evening service. During the worship that evening, just prior to my message, God spoke to my heart very clearly and said, ‘I want you to share an experience you had in Vietnam and use it as an illustration in your teaching time tonight.” This took me totally by surprise! I had hardly ever shared with anyone about my military experience, let alone use it in my teachings. I had spent two years in the Marine Corps, and a year in combat duty in Vietnam. After the service, like most Vietnam vets, I buried my experience with no intentions of digging it up. I felt this was the best way to deal with these terrible memories. But as I sat there ready to speak, I knew exactly what experience the Lord was talking to me about. It would ﬁt perfectly in what I was going to share that night, so for the ﬁrst time since my return from Vietnam, I talked about my experience, and I was amazed at the response! God seemed to use it to really speak to their hearts that night, and at the same time I felt a release in my own heart. Shortly after that experience, God said to me ‘Louie, I’m going to take the darkest part of your past, and use it for My Kingdom.‘ I still wasn’t sure what the Lord was trying to tell me.

The next key event was another youth trip in North Carolina. We had taken youth to ‘jungle jump off’, a mission experience for teens. During that week the youth would learn about missions and follow a pre-planned program put on by the Wycliffe Bible translators. But I felt the Lord wanted the youth to experience some extra challenging discipline to their week. So I asked Paul Bentley, my youth assistant, to lead the teens in physical training every morning and we also had daily inspections of their sleeping quarters. To our surprise, the youth seemed to respond in a very positive way to this, even though it called for strict daily discipline.

It was during that trip, as I thought about how responsive the teens were that God spoke to my heart again and said ‘Why don’t you start a youth camp and run it just like a boot camp. Everything you experienced in conventional war – training, preparation, and battle – has a spiritual analogy.‘ Those thoughts hit me like a lightening bolt. I had never thought of the Christian life in terms of the military before. But God opened my eyes and I began to see for the ﬁrst time the Christian life in analogies to becoming and being a Soldier. The Scriptures came alive with this new undershinding. At that time you heard very little about
Spiritual Warfare in Christian circles. So this was a foreign concept for me. But, God gave a whole new understanding of who we are as Christians Soldiers in this cosmic battle. I then understood how vital it was for us to help teenagers see that they were not only called into Gods amry, but must be equipped and trained to do spiritual battle against the enemy of their souls!

That’s when the Idea of having a camp for teens crystallized in my heart. This camp would have a three fold purpose: to help young people realize they have enlisted into Gods army; to help train and equip them for spiritual warfare; and ﬁnally to help them come to a total surrender to God and experience His power in their lives. The Lord also opened my understanding to see that everything I had experienced in the military could be used as a spiritual analogy in the teaching and preaching time. He also brought back to my memory, walking through the trails in Vietnam and being attacked by the enemy. The Lord said ‘This is like the ‘trail of life’ for a Christian teenager. If he is not alert and equipped to stand his guard he will be defeated by his spiritual enemy. Thus, the idea of the Spiritual Warfare Trail was birthed. The Lord led me to call the camp: ‘Spiritual Warfare Camp’. After I returned from this trip, I immediately contacted a man I had recently met named Rod Penrod, who was also a Vietnam Vet and a youth Pastor. When I called I said, ‘Rod, God has put something in my heart about a new kind of camp for teens – it‘s run like a boot camp with drill instructors, intense training, and a strict schedule. We’ll have PT. and inspections just like we experienced in the Marine Corp. We’ll even dress up in military dress and teach spiritual truths out of our military experience!” I also shared with him the idea the Lord gave about the Spiritual Warfare Trail. Rod’s response was, ‘Let‘s do it,
I’m sick of baby-sitting Christian teens’ We invited several other churches to join us as well.

In August of 1984, we had our ﬁrst S.W.C. Even though I was excited about how God had directed, l was also apprehensive. We had no idea how the teens would respond. This type of camp was going against everything that was happening in the youth ministry world at that time. I remember standing up and sharing with my congregation that God had put in our hearts to have a different kind of camp than the normal youth camp. And, I said, I had no idea how this was going to work out, but pray for us.

There were 70 teens at that first camp and to say the youth were stunned and shocked at first would be an understatment. The first night more than half wanted to go home! We didn’t realize at the time that this was a good sign. But by the third night God broke through and moved upon those young people like nothing I had ever seen before. It was revival! Each of the next three days were just as powerful. Witnessing God touch the lives of those young people each day revolutionized thinking about youth ministry and what God could do, and wanted to do in the lives of Christian teenagers.

Another wonderful thing that happened during that week was that God healed me from the horrors of my own Vietnam experience. He also gave me a renewed vision for youth ministry that guided me for the next ten years in youth work. If someone would have told me then that I would still be doing S.W.C in 2018, I would not have believed them. And yet God has been faithful to show Himself strong and has visited us in powerful ways every year.

Our Philosophy of continuing the camp has always been ‘If God does not show, then we’ll discontinue the camp’ because we can make and do a lot of plans and preparations but it’s only Gods presence and power that can change the heart of a teenager forever. And year ater year, we have witnessed God doing just that.

Within the first few years, God added an incredible staff of dedicated individuals who have been faithfully serving at Warfare Camp for many years now. I am so thankful for the team God has raised up to make S.W.C. as powerful as it is now. Without their support and input, S.W.C. would not be what it is today. 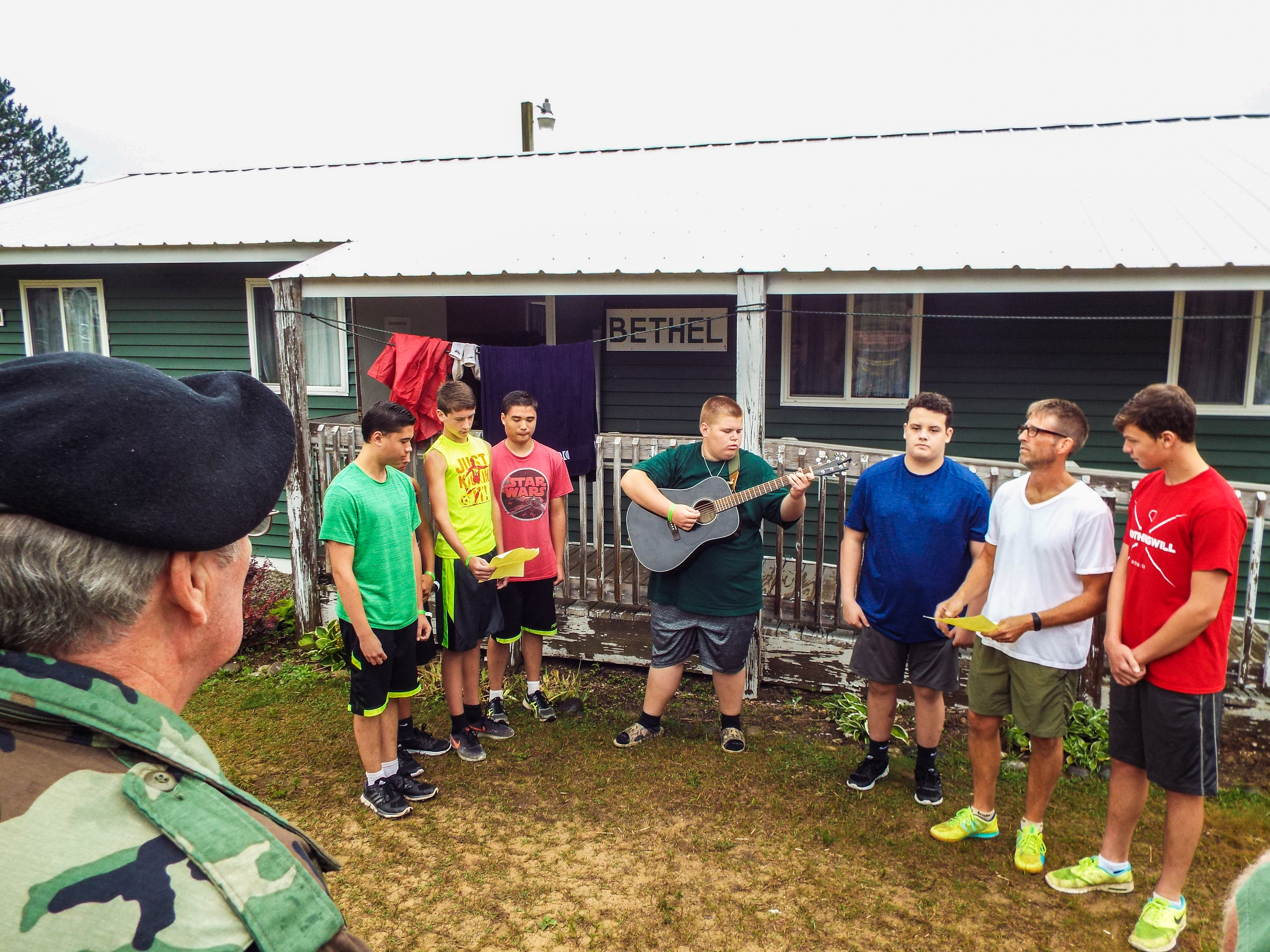 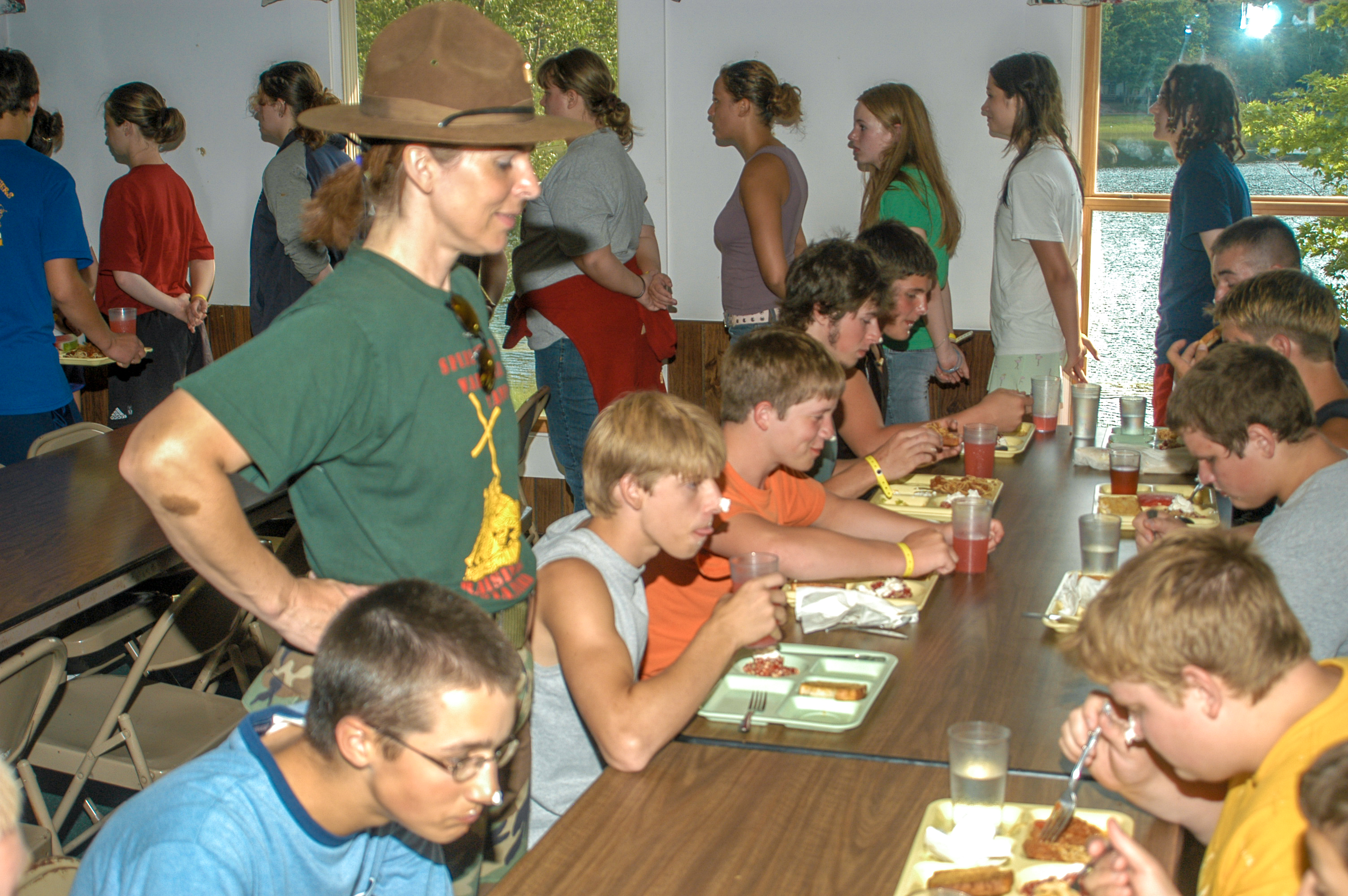 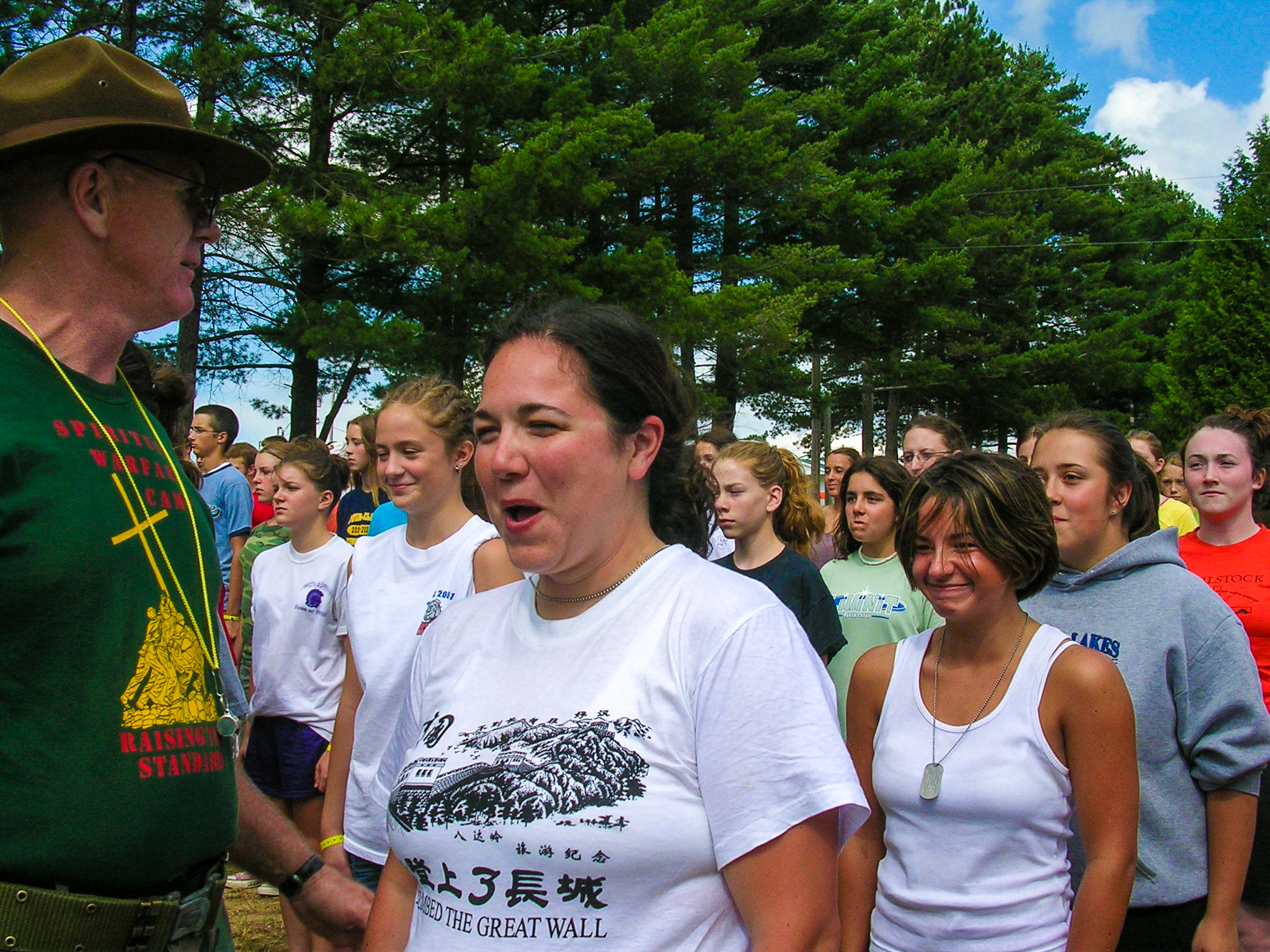 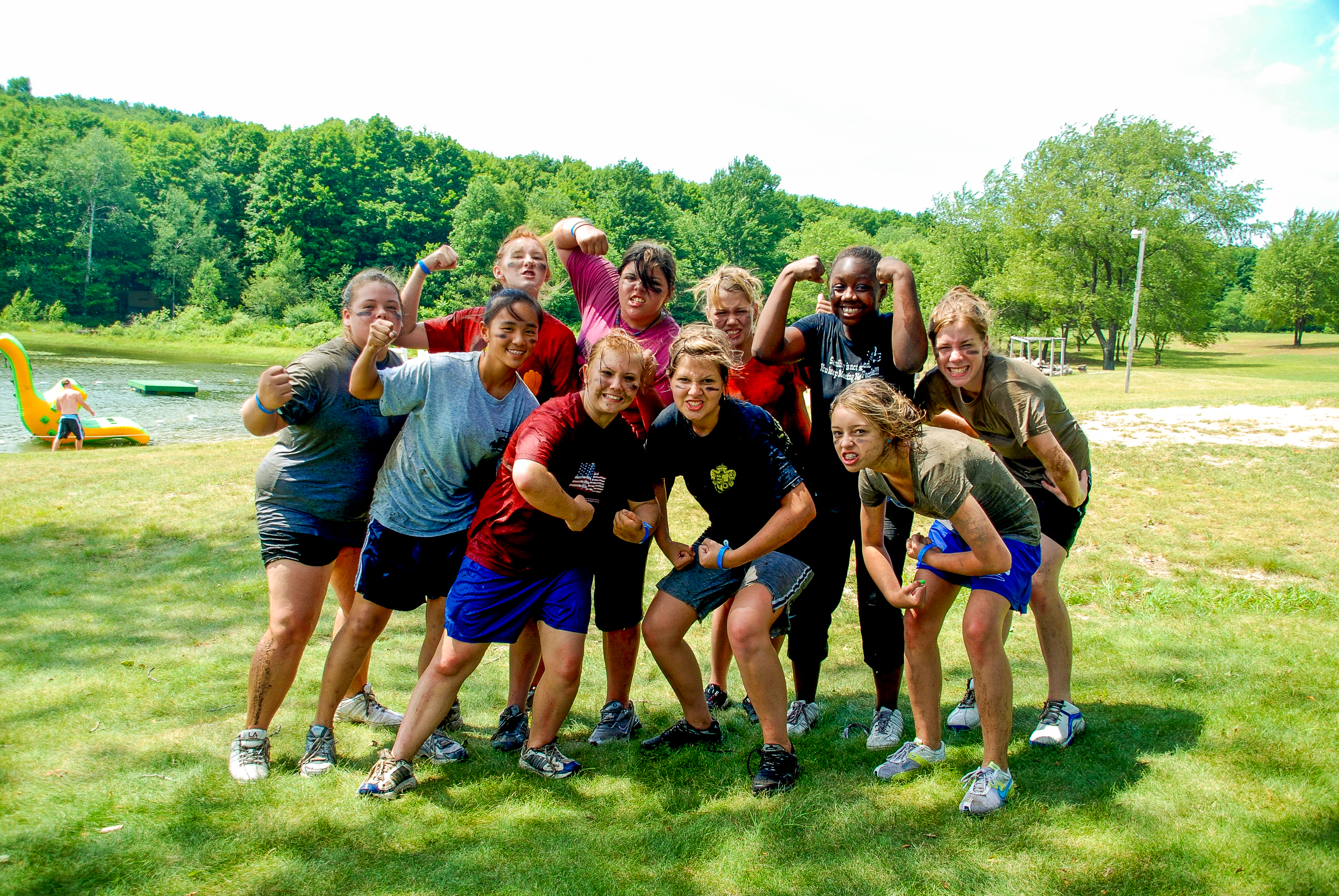 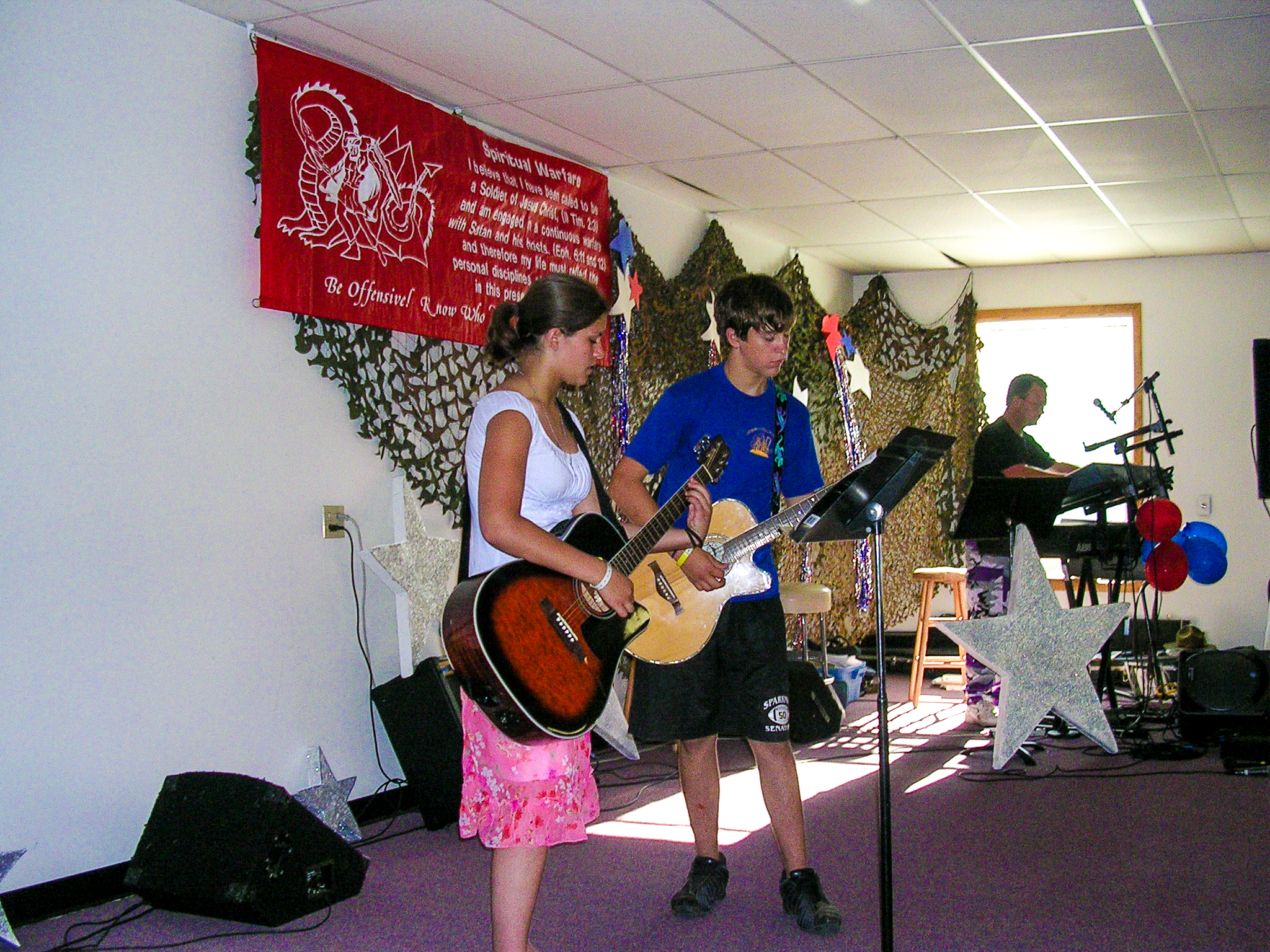 Spiritual Warefare Camp is a boot camp; an in-your-face intense, discipline camp. It is based on the spiritual analogy found in scripture that calls us to be soldiers of Jesus Christ